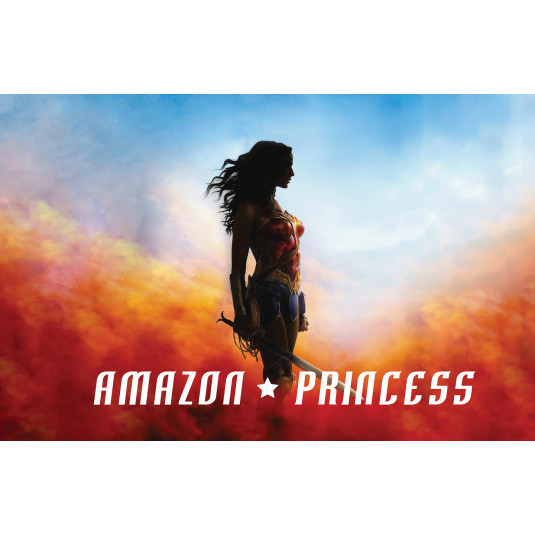 Yes, ladies, tonight you get to step into the role (and tights) of a cultural icon. The Amazon Princess (also known as Wonder Woman or Diana) is strong, powerful, sexy, and commanding. Whether your man's been wild about this character since he was a little kid reading comic books, or he just became aware of her in the new movies, it's a pretty sure bet that he’s fantasized about her, and you’ll get to feel the power of that fantasy tonight.

This costume-centric, playful fantasy features a two-stage game, beginning with her tying him to a chair with her golden lasso of truth and escalating from asking questions to giving commands that we guaranteed you'll both enjoy.